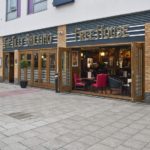 When The Tumble Down Dick was closed in 2008 there were numerous rumours about its future. There was speculation that there may be a mysterious fire (as there was when the Duke of York in Camberley was torched, allegedly), it was going to be knocked down, turned into flats or a car park, or of • Read More »